Feedback for next Wooting one Prototype

This blog is updated time-by-time with the increasing amount of input we receive until the next (and final) prototype is definitive.

You’ve shared your opinion on each of these points and we’re going to address them in this blog.

If you’ve missed out, it’s never too late to give your input. We consider that one person’s feedback is not equal to the majority but one person’s opinion is equal to any of us. In other words, we take your opinion into serious consideration.

At a certain point, all these opinions start to contradict each other but usually there’s a pattern and it helps us find things we’ve missed. So don’t hesitate, just throw it out there and let us know.

Let’s start with a summary of the feedback we’ve received from you until so far.

If you’re asking yourself, hey wait shouldn’t you already be making the prototype by now? Then rest assured, it exists out of different components that aren’t made simultaneously. The the new inside (PCB) will finish in the next days, the casing is already in the pipeline to be made and the top-plate is awaiting the anodize finish.

Today it’s about the stock keycaps that come with the keyboard. To clarify, these are standard ABS keycaps with transparent legends for backlighting.

We’ve finished the legends. We tried all kind of things with the legends but in the end we decided that the stock keycaps should stay as neutral as possible. S we refined the legends we already had and, thanks to a feedback email, improved the smart function layer. 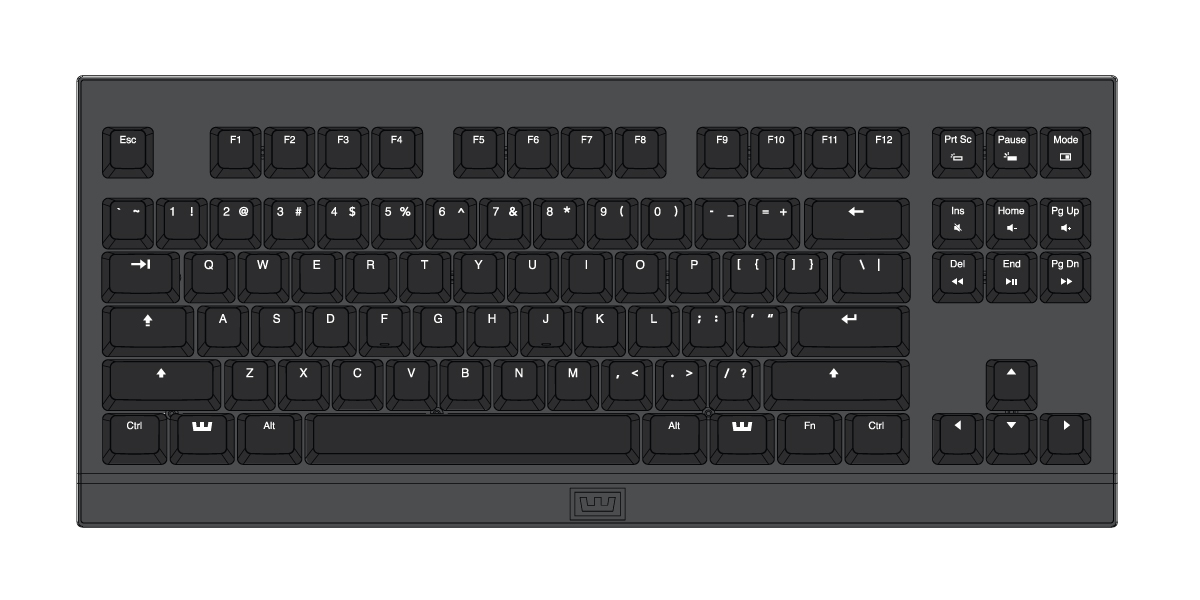 As you can see, the font we used for the legends is very neutral and we opted for symbol modifier keys instead of textual modifiers because it looks cleaner with the overall design. We’ve aligned the legends in a top position to accommodate the backlit.

Furthermore, we’ve made the smart function layer even smarter. We decided to remove the mute mic key because it wasn’t reliable enough and moved all the media keys into one cluster, while moving the backlit controls and special FN toggle key to the top right row of keys. 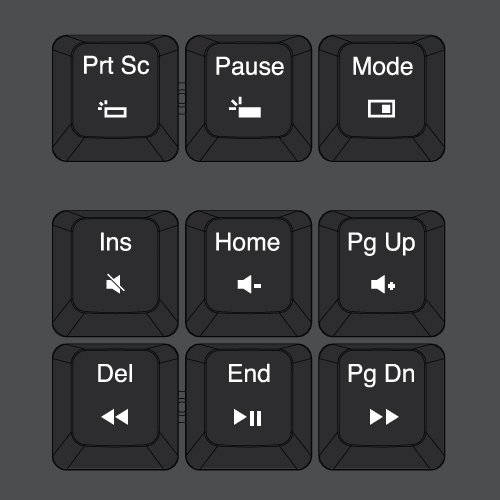 Yesterday we just finished a meeting about the new prototype, and it’s coming guys. We still have a chance to adjust some minor details on the design but the internals is set, we’ll probably receive it in 2 1/2 weeks. This prototype has delayed our initial launch date, something we’re always wary of and therefore don’t like to set dates too early.

Anyway! We’ve been receiving requests for a PBT keycaps option since the beginning of our keyboard.

NOTE: I strongly recommend you to educate yourself on keycaps for this part, I’ve written a blog about the different type of keycaps.).

In our opinion, PBT keycaps are definitely a step up from ABS but once you start talking double-shot keycaps then ABS can be a real winner. It all depends on personal preference and sound that the keycaps produce.

We had already decided that we can’t offer the stock keyboard with PBT keycaps because that would complicate so many things at the moment including different languages and cost. Instead, we decided to make PBT keycaps (highly recommended) optional feature with the Wooting one keyboard.

So, I went to pay Tai-Hao (an establish keycap manufacturer in Taiwan) a visit last Friday; to see if they wanted to cooperate with us and I can say the meeting was promising but not conclusive enough yet.

There are some details that still need to be figured out such as they only offer double-shot keycaps without backlit and they don’t use laser or dye sublimations. The latter is really useful for different languages because you can just “(laser) print” the desired language on the blank keycaps opposed from performing a second (costly) mold injection.

In either case, let’s take a look in the candy store and you can share your opinion.

So at the moment there are two keycaps options:

All the keycaps use a very pleasing font/legends but are only limited to the international English language layout in either ANSI or ISO. Furthermore, none of the keycaps are “backlit”, meaning that the LED light doesn’t shine through the legends making it harder to see in the dark.

I have to apologize in advance that the pictures aren’t quite great because the lighting was terrible and I was in a hurry. You can also find a bunch of Tai-Hao keycaps on their (new) website if you want to take a closer look.

The picture doesn’t do it justice, but in reality the blacks are much darker.  The legends are true black but the keycaps, a grade lighter black. As a result, the legends are nearly invisible to the naked eye. Available in either double-shot ABS or PBT keycaps.

There were literally many more options to choose from but none of them as striking as the above. What option keycap set do you prefer, A, B, or C? Or is there an other keycap set you really love?

We’re continueing the search for PBT keycaps, you’re welcome to pitch in your picks.

Several of you claimed that the brushed aluminum finish for the top plate is more sensitive to fingerprints than the sandblasted finish. We hadn’t thought about that, so we put it to the test and learned the following:

1 – Fingerprints are unavoidable and will always be present.

It depends on the amount of light that the material reflects when you are able to see it. A brushed finish reflects more light than a sandblasted finish, so a fingerprint is much easier detected on a brushed finish.

You can test this with your smart phone, when it’s not under direct light exposure you don’t see your fingerprint but when placed underneath a light, it’s swarming with them.

2 – You can easily clean fingerprints and other fatty remains on the aluminum plate by peeing on it. Waaaait! We didn’t actually try that but apparently the ammonia in urine makes for a great cleaning product.

Let’s take a closer look with some real tests done  by Erik.

FIY: Totally ignore the keycaps you see there, we’re just been playing around with different keycaps. The following pictures will contain white with translucent double-shot ABS with an ugly “gamer” font.

You’re able to see the beautiful thumbprint Erik made on the brushed finish. He hadn’t eaten anything or dipped it in any grease, so its effect is minimal, to say the least. But it’s clearly present.

MYTH BUSTED. Oke, it wasn’t a myth nor did we bust anything but I just really wanted to say it. You can see or well not see any fingerprint on the sandblasted surface. Neat.

After testing this, we’re opting to go for sandblasted

If you’ve read the prototype blog, you also know that there are different levels of sandblasted. You can literally use different sizes of sand grains to “blast” the surface.

It’s an aesthetic thing, that we’ll follow-up on but If you’re familiar with the subject, you’re more than welcome to jump in.

To be continued with more tests in this Updated blog….

In the meanwhile don’t miss your chance to share your opinion on how we can improve our final prototype.