Not only have we surpassed the goal but we reached 452% funding! Amazing. Now… the game is on.

Kickstarter was our chosen launch platform but in the end (thanks to you all) we didn’t spend too much time on the promotion instead we’ve continued working on Wooting as a business (you know those administrative and logistical things) and the Wooting one.

And that’s exactly what we should be doing, right? We want to get the Wooting one to you as soon as possible!

If you’ve followed our social activities and read the KS page thoroughly, then you know we have an Alpha version of the firmware. We already kicked-off the project to create the beta-version and started the development of the configuration software.

The Alpha-version did all the things that we claimed but the code wasn’t quite “clean and ithad one limitation: When in Analog mode, the Wooting one is recognized as a Xbox controller (Xinput) and wouldn’t be recognized as another device at the same time. So you were forced to switch to Digital mode with the “mode” key to start typing.

I bolded ”had” because we made a new breakthrough and we don’t have this limitation anymore. It can now be recognized as multiple devices at the same time when using Xinput.

We’ll be talking more elaborately and frequently about these developments on our blog.

In a previous update and on our socials, we mentioned about our struggle with the RGB lighting.

To put it simply, there’s a lot of hardware tweaking necessary to get as many and equally accurate RGB lighting over the entire keyboard. Over the last week, Jeroen fixed all the issues we had and if everything pans out then we’re complete with all the hardware.

That doesn’t mean it’s ready for actual production yet. Before starting production, we basically need the following things:

We’re working on all three of them and if everything goes according to plan, we can start a trial production, hopefully, ending July.

We’ll get more into this when we get closer to the date.

Welcome to join our Discord

Yesterday night we had such a great time with some of you playing Overwatch and answering questions, that we decided to keep it running.

Then you can always hangout with us, ask questions, share ideas and play/chill with others of the Wooting community.

if you’re not already part of our Discord server, we invite you to join.

You can also stay in touch with us through: 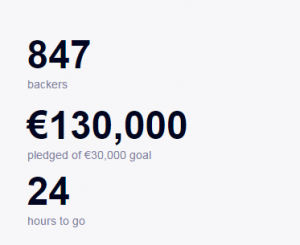 We’ve entered the last 24-hours of the Kickstarter and that needs to be celebrated with you.

Wooting one, discord and 100% win rate is what we’re going for.

We want to invite you to hang-out/talk (on discord) and play Overwatch with us tonight. You can also ask questions and we’ll answer them the best we can “live” with pics, vids and memes.

That is the following time in some other random places:

You can also check your own time zone here. 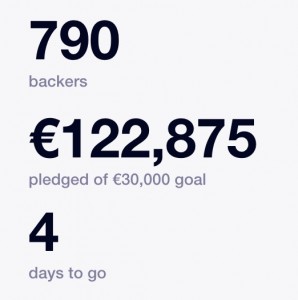 We’re on the last 4 days of the Kickstarter and I’m at Dreamhack Summer. These last 9 days went too fast. We’ve been arranging some last moment things, including a visit here at Dreamhack in Sweden.

I flew all the way from Taiwan to the Netherlands with my wife and a couple of days after drove all the way to Sweden, just to attend the show. Jeroen was still in Taiwan busy fixing the RGB issues and Erik had some other obligations, so they didn’t join… instead my wife came as Wooting support. That’s the woman in the video (and some other ones as well).

If you’re attending Dreamhack Summer as well. You can find us in Hall C, C30. Can’t promise we’ll always be there but if you hit us with a message (twitter or facebook), we can also come to you instead! 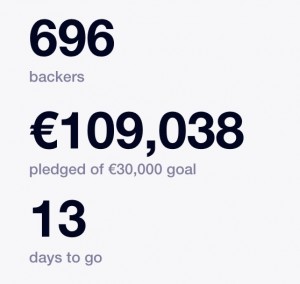 The days are now really flying and everything is calming down a bit. We were finally getting more coverage in the Netherlands (our home country), so a lot of family and friends were taking notice. Oh, and nobody of the Dutch press cared to contact us to ask if their information was accurate.

It’s something we’ve learned after being covered by multiple press over the world. It starts with one major/larger news website covering us (with often inaccurate information) and then the copy/paste fest happens over all different kinds of news/blog websites over the interwebs.

Either case, we’ve been playing around with the RGB modules on the keyboard because the colors and brightness weren’t exactly equal over the entire keyboard. This is when we found out that doing RGB on a keyboard is really a terrible time consuming job, specifically the cricuitery of it.

Each individual RGB module underneat a key has a Red, Green and Blue LED. By combining these colors you can get other colors like purple, pink, yellow and other rainbow happy colors. The problem however is that each one of these LEDs can behave differently depending on the amount of current it receives and if the current isn’t equally divided over the keyboard, then you’re going to see differences in the backlighting.

Above, is the short and simplified explanation, in other words it means that we’re constantly soldering different components on the PCBA to find the right balance. 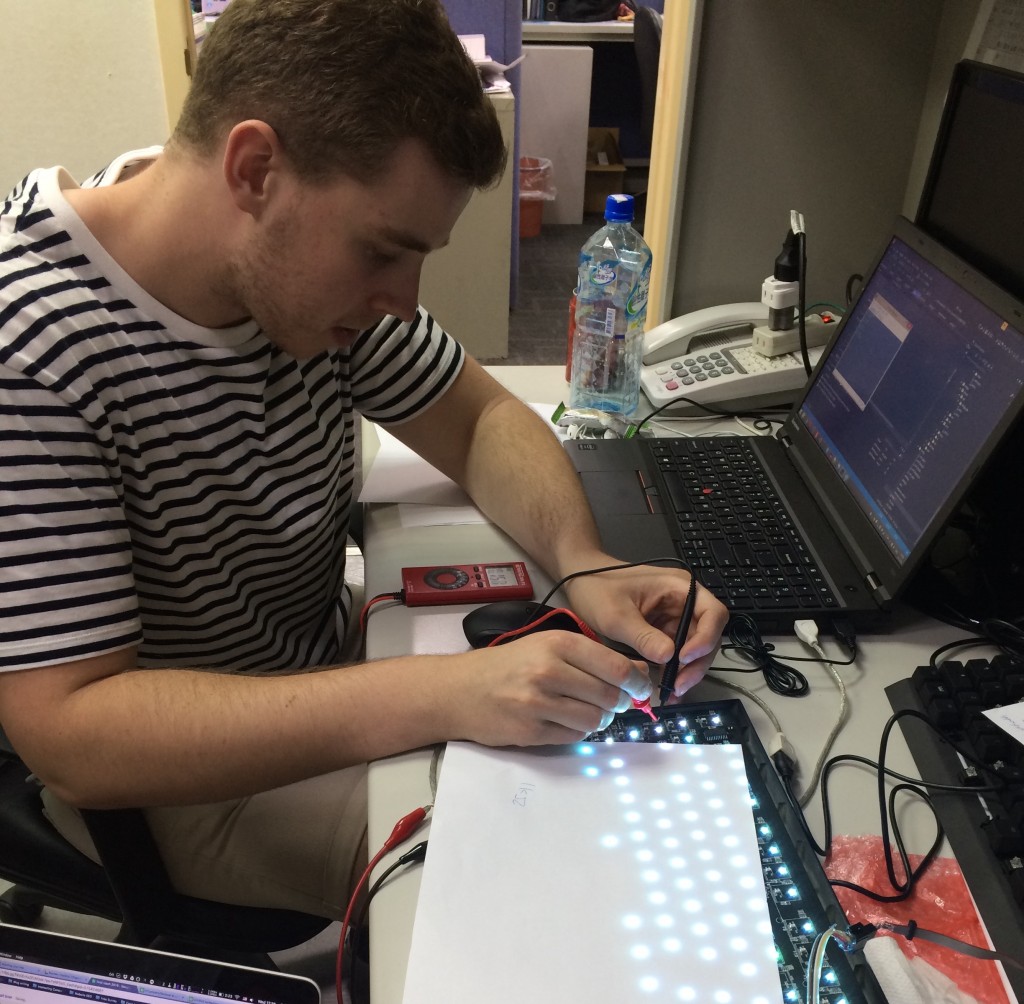 You actually can see Jeroen testing if there is any and how much current there is. This coming Monday we’ll be further tinkering and hopefully have a near perfect prototype that I can bring to Dreamhack Summer. 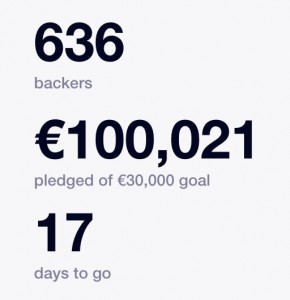 It’s crazy but it’s real. We reached the 100k! We’re mega excited, especially after finishing Computex Taipei. The show was really great and gave us an amazing opportunity to show the prototype keyboard, how it works in games and hot swapping. If you’ve missed it, you can check out the facebook live event on our FB page.

We got covered on several websites during Computex and some YouTubers that will soon enough feature us, like:

We also secretly received a lot of attention from other gaming companies 😉 We’ll follow up with an update on Kickstarter with some things coming up. 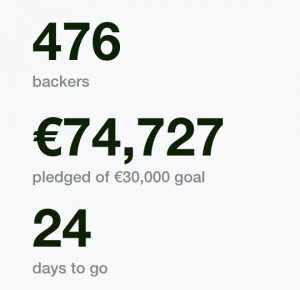 The days are passing by faster than and answering everybody slurps up a significant amount of time… but it’s worth it! We see every backer as a founder of analog keyboards and really want to emphasize here that we have to work together if we want it to become a reality. This stretches far beyond financial backing. It’s about mental determination, forward thinking and collaboration.

Tomorrow Computex will start. We’re all preparing, full excitement and also fear of letting others try our prototype. We hope that we can start making more content to share with others including: Typing test, live gameplay footage and playing around with RGB.

Stretch goals? More like stress goals. Before the Kickstarter, we’ve done a lot of research about Kickstarter best practice. One of them being Stretch goals.

We thought about it before, during and now after reaching the goal. Especially when people started asking about it, we felt we were obligated to do it.

We went over our previous ideas and thought of new ones but we always hit against the same problem.

We’ve given everything we could in the current rewards and haven’t held anything back. When we come with an awesome idea, we just implement it and don’t hold it back for marketing, sales or another purpose.

The higher fund we reach, the more we’re able to implement, the better experience for every gamer. It’s that simple.

if we start making stretch goals to deliver more value or additional items with your reward, we will most likely not reach our target date and risk failing the entire project for two reasons:

Therefore, instead of making stretch goals, social goals or anything of the sort, we’re going to give it our all and do everything we can think of that is cool, fun and useful to you.

So here are some things we’re planning:

Some ideas and feedback you’ve given us:

Keep them coming, we love ideas and feedback! Whenever we’re able to, we implement it and otherwise it becomes part of the decision making. Thanks!

Ways to help us

Easy mode: We’re charging a thunderclap, show your voice in socials together, also join in.

Medium mode: Share about Wooting with your friends, clan, guild, co-workers or a cat!

We reached 200% funding and are Kickstarter’s “project we love”

All thanks to you. Let’s keep this woo-woo train going. 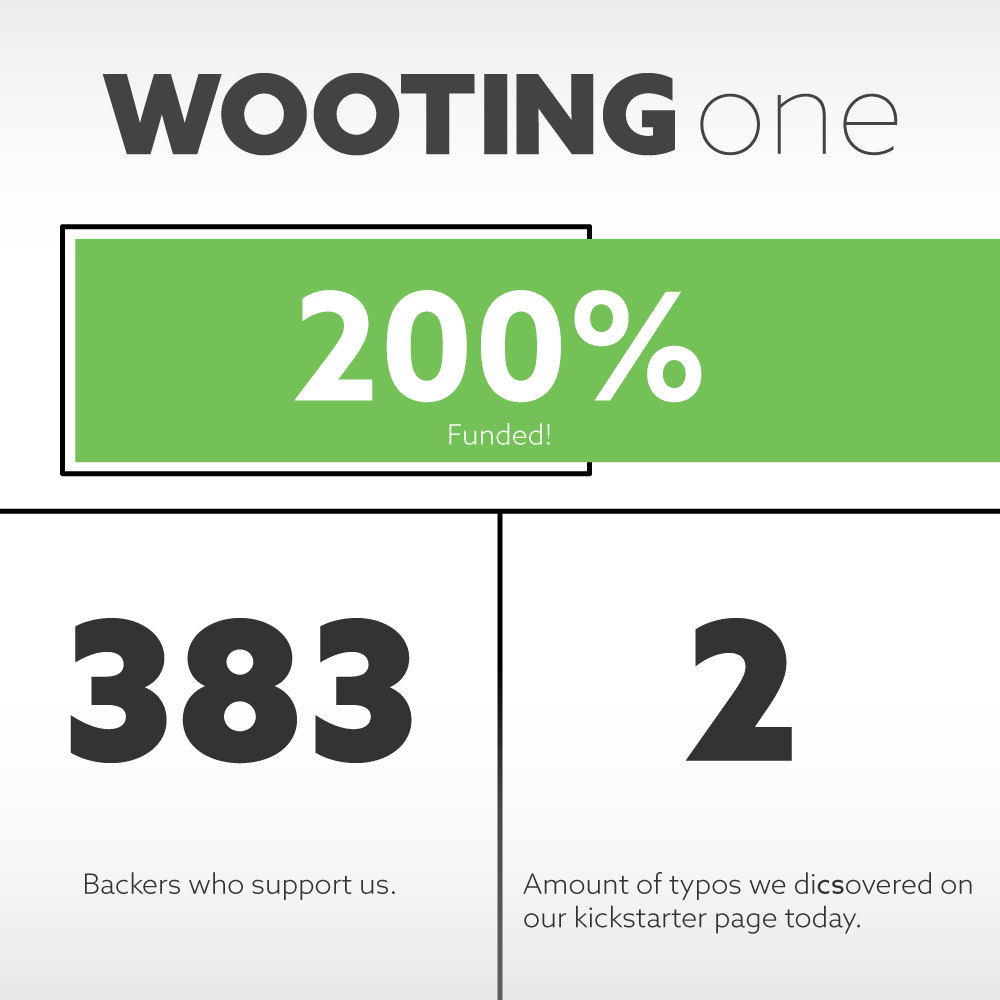 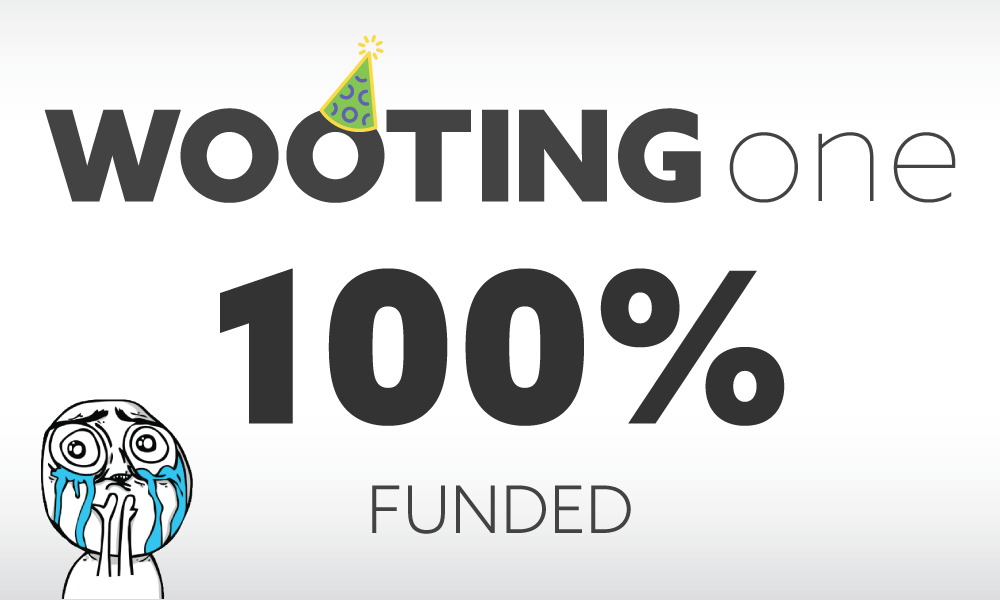 Together we’ve reached the Goal within 7 hours! We’re speechless, entirely amazed and couldn’t have reached it without you. But we are not going to stop here, there is still more to achieve. Gamers over the world are still in the unknown and we have to let them know what’s going on. We are working hard behind te scenes answering questions and lurking on other platforms.

We worked so hard in making these rewards work that we figured we’d have some time before we had to introduce a stretch goal, oops. We’re inquiring on some details but we have some cool stretch goal ideas that we’ll be introducing tomorrow.

In the meanwhile, there are some cool things coming up that we’re also preparing for such as Computex Taipei (31st of May till 4th of June) where we’ll demo our prototype keyboard. Jeroen (the technical dude) is coming all the way from the Netherlands to attend it with me (Calder). We’ll be walking around with Wooting T-shirts, if you happen to catch us during the show, be sure to say hi! Or send us an email, we’ll let you know where to find us.

24th of May, 2016: We launched the Wooting one on Kickstarter

This is our invitation to you, to join Wooting as a founder of analog keyboards and together we can change the industry.

We will update this blog during the Kickstarter, with the latest updates and stats!