Trial Production and The Switching Situation

The Wooting one is almost ready for mass production but we’re facing some issues with the new switch. The stability and reliability over the keyboard are not up to our standards. Jeroen is now in Taiwan to solve these problems.

Wooting is as exciting as it is scary. We’ve been through exciting ups and depressing downs. if you ask any entrepreneur, It’s one of the perks that come with running a business. I’m just thankful for my awesome partners, Jeroen and Erik. I couldn’t imagine running Wooting without them.

It all started when I saw the prototype of the first Flaretech switch. That time promoted as a hot-swappable switch. But once I understood how it worked, the only question to me was when the first analog keyboard would come. There was none. It didn’t take me long to come up with a plan to make one myself.

It was a crazy idea, considering that I’ve never embarked such a venture before. But I felt a calling. The chills went through my entire body when I shared the idea with Erik. A long-time friend, creative soul and now co-founder.

When we tried to start a project with Flaretech switches, we weren’t taken seriously. But I felt a burning fire inside of me that didn’t accept No as an answer. No matter how I had to bring analog keyboards to life.

At one point my persistence opened an opportunity for us. We could start a small-scale project and all the sudden we were in need of an engineer. Call it faith or total randomness but I remembered a video long time ago from Jeroen being “enginery”. That time an old gaming buddy, now co-founder and awesome engineer.

Fast forwarding today. We had our trial production and got a taste of the final keyboard that will arrive at your doorstep. The first ever analog mechanical keyboard on the market. But we’re not there yet, the trial production revealed new challenges. 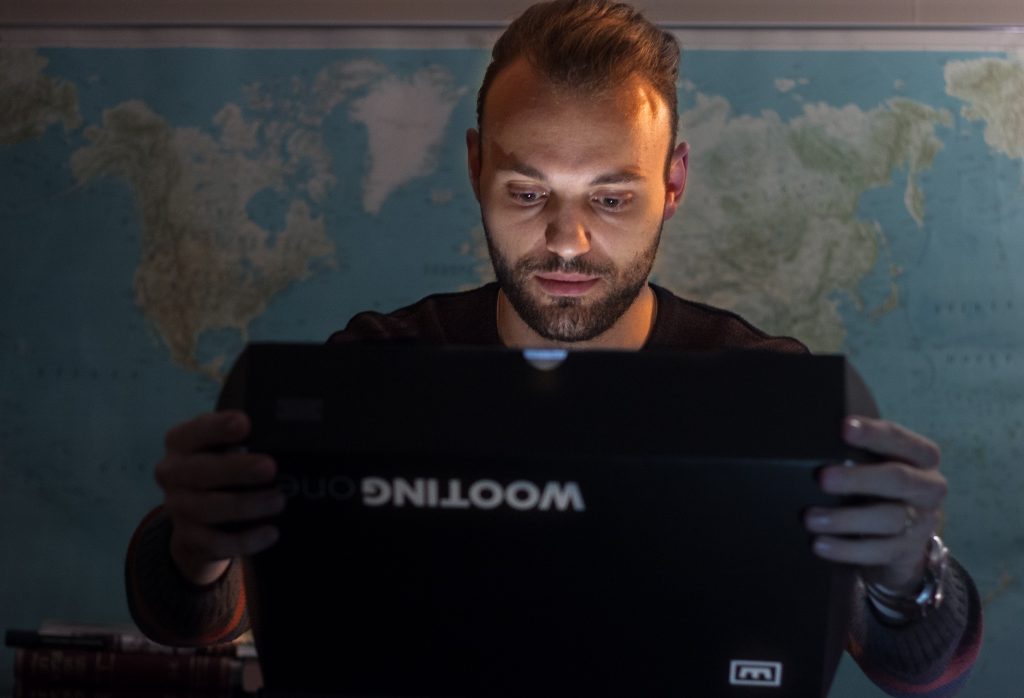 The 13th of November. On our YouTube live stream, we shared about the trial production and the results.

A trial production happens before mass production to test out the production process. This helps to find manufacturing defaults and test the final product. So you don’t end up with a multitude of blemished keyboards. This trial production was with the latest switch, one with a larger analog range.

The day we hosted the live stream, I had an early sample ( before the keyboard) and the result was… bad.

The analog signal was cut off early and inconsistent over the board. When there are 88 analog keys exposed to manufacturing variables, they’ll all be different. But this was out of proportion.

Our first analysis suggested that the new switch was causing some serious issues. But we needed more information and wait for the trial keyboards.

14th of November, a day after the live stream. I picked up the trial keyboards (in Taiwan). To our relief, these showed much more promising results without the same issues. It wasn’t perfect yet and some keyboards had problems.

You see, the keyboard basically consists out of a

These components have a manufacturing tolerance. Meaning that it’s never exactly (for example) 25mm but 25.2mm or 24.8mm. When you accumulate those tolerances, it can give unpredictable results per keyboard.

We bridge this issue by calibrating all the switches during assembly in the firmware.

But, we learned that the inner-workings of the switch is a lot more complicated than we thought. Without going into too many details. To get more analog range, the manufacturer had to change the lenses. This allowed us to read a larger range of light but also made it more sensitive to external factors.

14th of November, in the night we decided that Jeroen had to go to Taiwan. To fix the problems and get things going faster. It’s one of those things that just take too long from a distance.

Funny enough, the day Jeroen would arrive Taiwan, was a day before I would leave for the Netherlands. 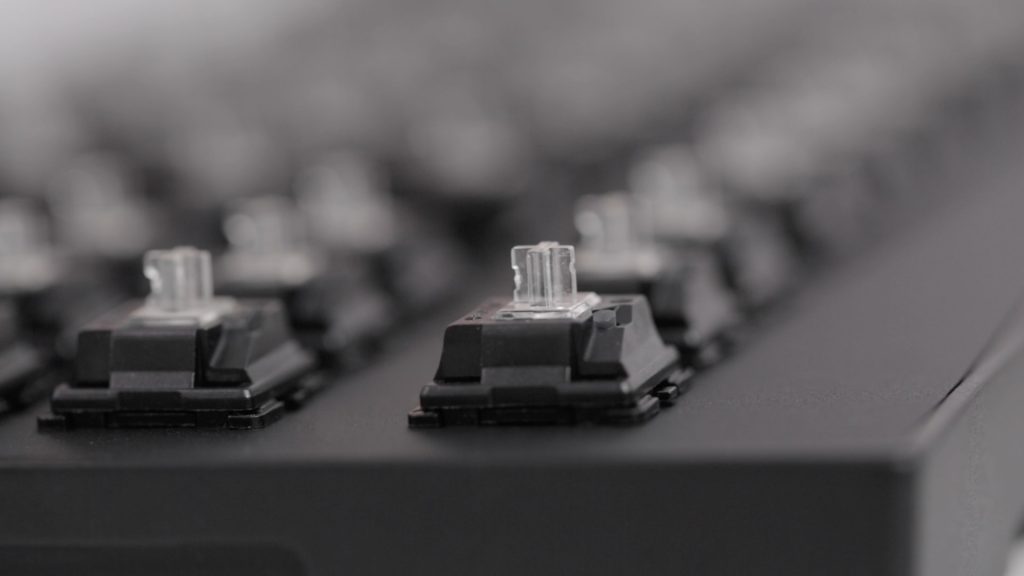 23rd of November, as I’m writing this. Erik, I and my wife are on our way to Dreamhack Winter in Sweden with trial keyboards. While Jeroen has had some time to assess the entire situation.

He isolated it to two issues that influence analog on the keyboard:

We found out that some mechanical parts were causing irregularities between keyboards. This was one of the things that ruined the first keyboard I received. Thankfully, this is something that is possible to fix.

This is the most challenging. For the most part, it’s up to the manufacturer. The best we can do is give feedback and point out issues.

The challenge is the stability of the analog signal. The more sensitive switch is, the larger range we’re able to get but the worse the stability gets.

For example, we have a range from 1.7mm to 4mm analog. But when you press the switch all the way to the end and start wiggling it a lot, it will fluctuate in the values. Sometimes to an extent that the keyboard thinks it’s only pressed 3mm instead of 4mm.

When we make the sensitivity lower, it kills the total range to (for example) 1.7mm to 3.5mm.

Things are a bit more complicated, but that’s the grasp of it.

The second challenge is the differences in each manufacturing step. Put simple, there are three steps.

Prototype testing Trial production Mass production For every step, they need to make new tooling. Each time they change or make the tooling, the switch might have different results.

Yesterday, we received the switch version for mass production. Unfortunately, the results were different from the Trial production version.

In the meanwhile, they’re working on a new prototype switch based on our feedback.

We’re all working hard to start mass production in December. Then we can ship the keyboards over boat and make the February delivery. There’s a chance lingering that we have to push the production date and ship by air instead of boat. Everything, to get the Wooting one to you on time.

More coming in the next update.