After a period of delays and playing the waiting game. It finally starts the mass production of the Wooting one. We want to share this historical event and give you an inside look of the mass production. You can follow the adventures of me and Jeroen here in this blog that we will update daily.

20 march 2017
Yep, today no vlog but a blog. Don’t panic, we’re not stepping away from the daily vlog. Right now there’s more to tell than show and we felt it was better to type it out instead of showing another sit-down video.

Today we spent nearly all day sitting in that meeting room again, awaiting results and asking what’s the status. It wasn’t until the end of the day that they finished multiple tests and shared all their results.

We immediately spent all our attention and (ample) time on the situation at hand instead of finding the right camera angles. (Jeroen even gave me a DND look when I asked him what’s going on, on camera).

As you know the problem is that some keys on a majority of keyboards didn’t reach their full analog range. There’s a multitude of variables at play (that we talked about before) that can influence this but now something was different from our perfectly working trial keyboards and they/we had to figure out, what.

The results they shared were insightful but also non-conclusive because their perspective of the problem was one-sided. When we got the chance to look into the information at hand and share our perspective, ideas started rolling and we could narrow down the possible issues.

We now have a very strong lead on the cause of the problem that we will share in more details after the fact. That is after we’ve tested it this Tuesday and narrowed it down. (don’t want to jinx the situation)

What this means for the mass production is still a question mark (this is truly too painful to think about right now). Looking at it from a positive side, all this is helping us improve our quality assurance, learn more about the technology and assure that you will receive a fully functional top-notch Wooting one.

See you in tomorrow’s vlog :)! 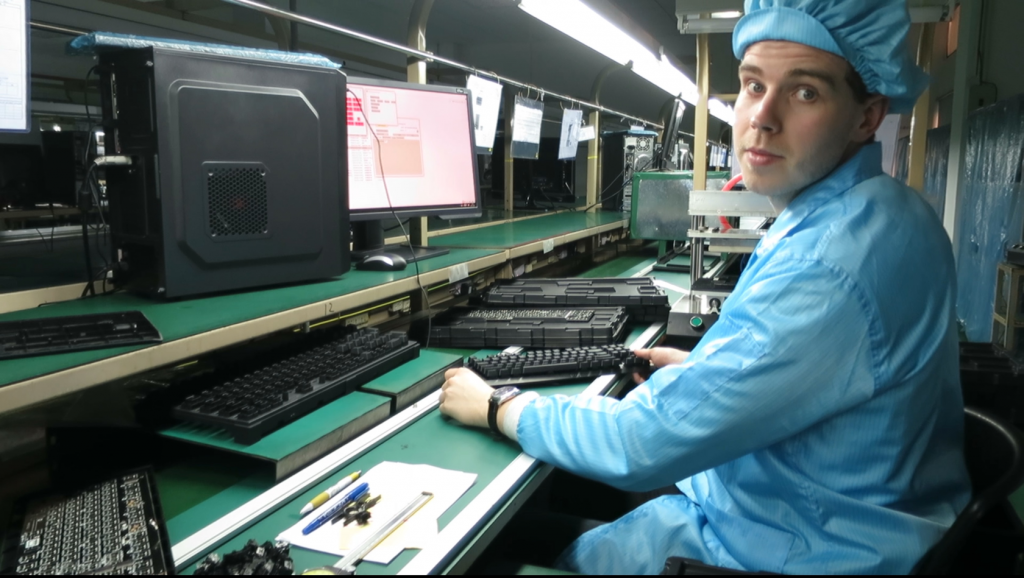 Slap in the face

24 march 2017
I wasn’t able to muster enough energy, let alone make the material, to make a vlog today… What happened today really drained us.
We were ready to go into the first steps of production again by filtering out the bad key ID, reworking the component and then start assembling keyboards. However, when we tested a couple of samples that were fixed, we found out that it worked for some bad key IDs but not all of them. The keyboard wasn’t necessarily broken to the core but just (very) unacceptable for our specifications.

This was a devastating discovery to make because this meant that our testing method wasn’t thorough and our fix not good enough.

I wish I could go into more details about the issue at hand but that would bring us more trouble than good. All I can say is that we’re doing our ultimate best to figure this out and put a priority in solving this problem right now instead of trying to get into mass production. So that in the future, this can’t/won’t happen again.