We had to make a tough decision

There’s a lot to share again. If you’ve followed us closely then you’re probably familiar with most of it but otherwise, grab a coffee.

Packaging is done. We don’t want to spoil the entire receiving/unpacking experience, but here are a couple of things.

Starting with the box that we’ve used a dozen of time. So it’s a bit ruffled.

You might have noticed in the last picture, it’s an ISO UK version. Take a closer look at the ISO Nordic version.

Also for the first time, a good picture of the cable. 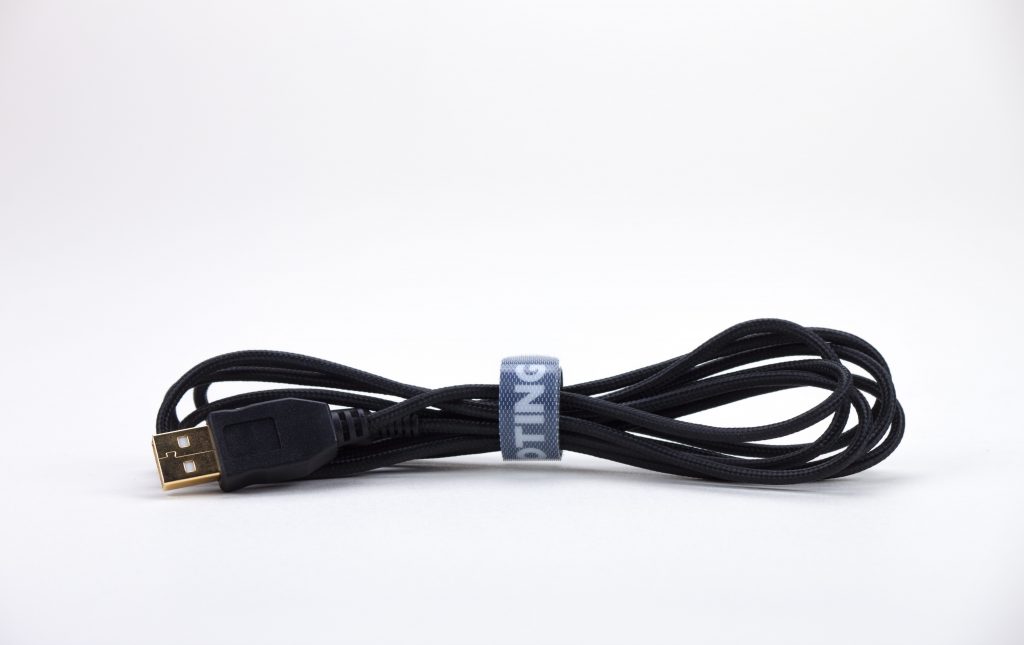 And to make it more exciting, a 360-degree image of the püller.

There’s also a quick-start manual, among other things. Though not considered important to most, it’s quite a lot of work. Here’s a sneak-preview. 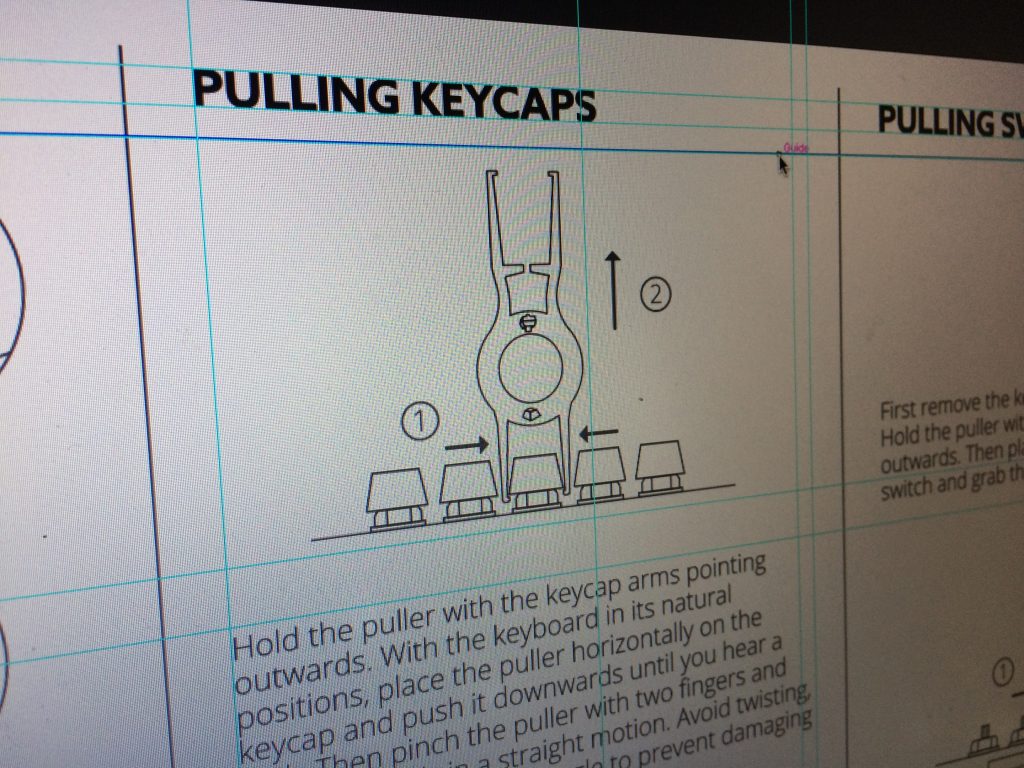 There are more new pictures that I’ve spread over the update.

In the previous update (24 Nov 2016) I elaborately talked about the problems we faced after the first trial production. In short, the keyboards were not functioning as expected, so Jeroen went to Taiwan to solve any remaining issues. All in the hope to start mass producing as soon as possible.

After a month of hard work and putting pressure on the manufacturer in Taiwan and China, Jeroen returned back in the Netherlands. In the end, his trip was successful but the two issues are still lingering. The switch and mechanical issue.

We had to make a tough decision. Start mass production before or after Chinese New Year.

The new switch, a term that’s been going around for a while. In the previous update, we received our first trial production keyboard including an improved new switch version. It was disappointing.

Thankfully, that changed. When Jeroen visited the manufacturer they had a shiny new trial switch and well, the results were pretty damn good! It showed a promising stable 1.5mm up to practically 4mm analog range, in comparison to an unstable 2-4mm. Jeroen immediately told them to get it ready for mass production. 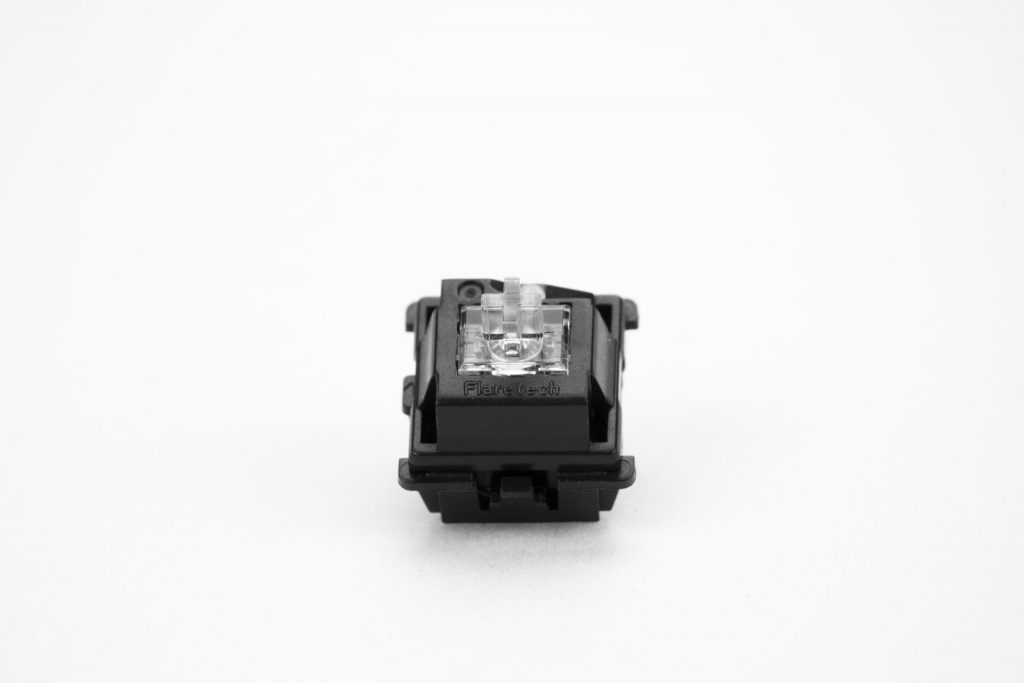 This got us by surprise. In short, the mechanical issue means that all the keyboards, over the total 87/88 keys, had some keys working faulty. They would be more sensitive or wouldn’t read the entire range due to “something” not related to the switch. On some keyboards, the effect was quite sincere and impossible to overcome by software. 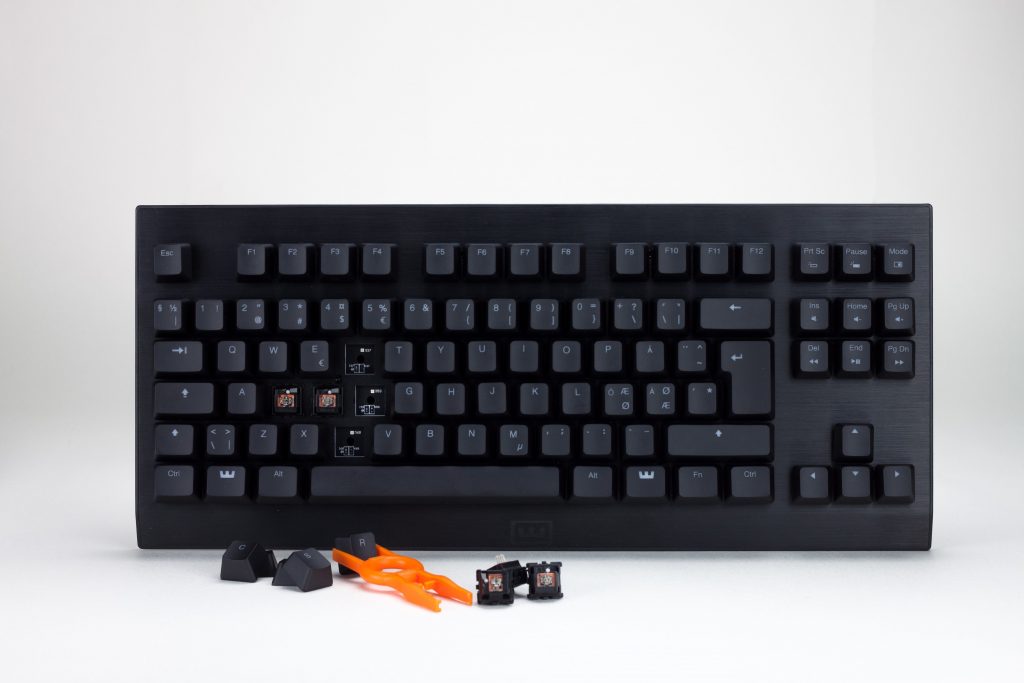 When we produced the last trial production the number of keyboards we considered super NG (not good) were near 40%. Not something you want to have when you produce over 1000 keyboards.

We were not able to pinpoint what was causing the problem (at that time) and it would take some time to research.

Chinese New Year (CNY) is awesome. Fireworks, parades, food, food, food and vacation (in Asia). It’s less awesome business-wise because China shuts down for 2 weeks and Taiwan 1 week starting 28 Jan. They literally shut down, nothing happens during this period. Also no mass production for a cool analog keyboard.

This means everybody is rushing to get their things out before CNY and right after CNY everybody is catching up lost time. This also means that shipping anything before CNY is difficult and prone to human-errors.

If we would produce before CNY, we had to start buying all the components straight away for it to be ready for mass production. This also means that there’s no time to pinpoint and solve the mechanical issue beforehand and we had to trust the switch manufacturer to come with a good mass production switch on time.

If we would produce after CNY, we could wait with buying the mechanical components and spend time on finding and solving the mechanical issue. Without a guarantee that it would be solved. It would also relieve some of our reliance on the switch manufacturer to be on time.

Coming to the point, we decided to produce after CNY. This also means, and I don’t say this with any pleasure, we can’t deliver in February. Instead, that’s when we will start mass production. This also means we will ship the keyboards by Airplane instead of boat. This saves, in comparison, nearly a month (but also cost us dearly).

We’ve planned a new trial production before CNY as a deadline and in preparation for a good mass production after CNY. If I’m optimistic, we will start delivery in March. If I’m pessimistic, you’ll receive it in April. One thing is for sure, we’re working as fast as possible.

I can only hope that you understand the decision we made and know that we’re doing everything we can to get things done.

We’re preparing for trial production(happening before CNY) but still waiting for the mass production switch and definitive solution for the mechanical issue. This update was delayed in hope for more clear answers but it’s taking too long. So, this is the latest.

We’re still crossing our fingers. Hoping they’ll succeed in making the mass production version as good as the trial production version. They’ve already surpassed their deadline by a week. Not unusual but highly nerve-wracking. We check the progress on a daily base and made clear that we have a deadline to meet. They have their reasons, but our attitude towards the switch is, we don’t believe till we see it.

The mechanical issue seems to be in the circuit board (PCBA) alignment, the part with all the electronic components, not the bottom casing, top plate or another component. Good news, because we can start purchasing those parts. But, until we’ve received the new circuit board, we can’t cheer yet.

In the previous update, I shared how we have to face new challenges all the time. But actually, we’re not alone. You’re part of this team, even if it’s just by reading this update or keeping faith in us. Every time we face these challenges, you are the backline pushing us forward.

It’s why we always operate in your best interest, listen to your feedback and always have an open line of communication: