This Lekker update was so huge that I ended up splitting it into 2 main topics. There’s just too much to share here and I hope you have the time to go through it.

This is the Lekker Edition business-side update. I specifically look at the business side of this project and discuss what’s coming next. It throws a question your way that will decide our next move. It’d be great if you can let us know what you think, even if it’s privately in a Discord DM.

Part two is online. Coincidentally we will also have a livestream that day on twitch at 15:00 (CET), Amsterdam local time. Join us!

All the Wooting two Lekker Edition keyboards sold out! 1000 slots are taken and it’s not available anymore. We barely spent anything on marketing and kept the entire budget towards development. Development includes buying ourselves more time and freedom to make essentially a better product when we see fit.

So, a big thanks and applause to you and everybody that is part of this journey, spreading the word and sticking with us through thick and thin. 👏👏👏 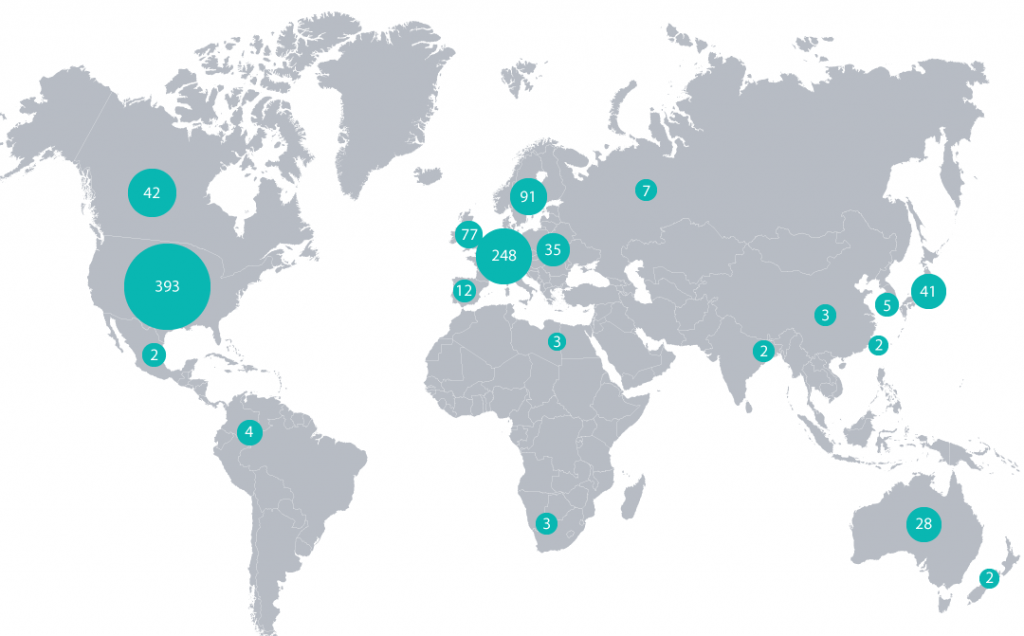 You and other backers are spread all over the world. The vast majority live in the United States followed by Germany, The Netherlands and the United Kingdom. Surprisingly there’s more in Japan than Australia. While we often ship orders to Australia. 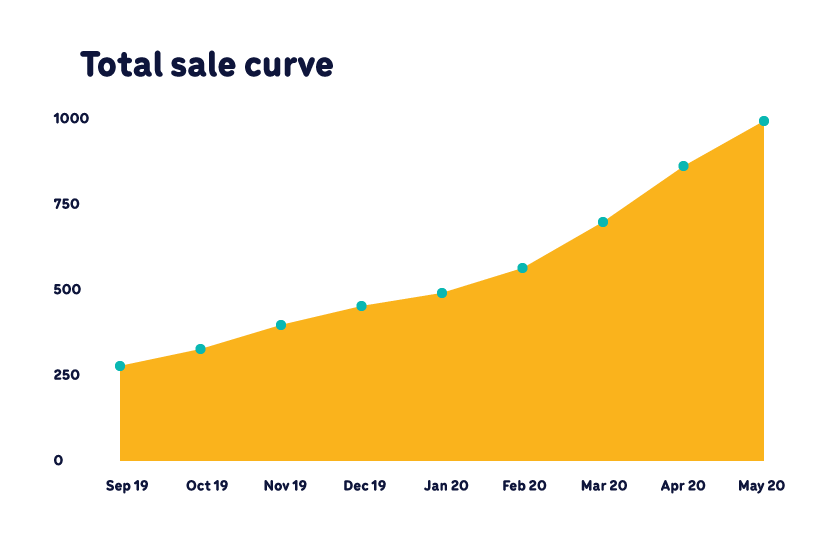 We’re blessed to have you as a backer, take it or leave it, you are the backbone of Wooting. You allow us to continue making developments, take risky decisions, and grow. The sales per month exclude people that bailed later on. You can see that nearing the end people seemed to have more time on their hands to learn about us.

The backbone goes to show when you look at the number of people that bailed ship on the Wooting two Lekker Edition. This graph above shows the month in which a person that bailed had placed an order. If you add them to the sales graph from earlier, this would give you the total orders per month. This means that 45 of the 307 people in September had to jump ship.

Unfortunately some had no choice and bailed for financial reasons (stay strong you). Others because they needed a functional keyboard now. When things got tough and take longer than expected, you have shown patience, solidarity, and reliability.

It’s not for nothing that we spend quite an amount of time on each one of you. Regardless if it’s customer service, transparent communication or simply talking one-on-one.

Including VAT, shipping and sales taxes.

It’s a large amount but I’d be lying if I would say we’re living the rich life from these projects. It’s not a stroll in the park or as simple as purchasing something off-the-shelve. Unlike the impression some have, we are still a small company with a small team, a small number of monthly sales, near-zero marketing budget, and limited access to financial means (investments, subsidies, credit, loans). We all live a frugal life, put in the time, and pour a lot of love into our work.

But, we also know that we have a bright future ahead of us and can’t thank you enough for giving us the opportunity 🙇‍♂️.

This leads into the next subject, what are we going to do now that we reached the 1000 limit?

There’s a conflicting situation. When we launched the Wooting two Lekker Edition project, I thought it would deliver within the first quarter or at worse the second quarter of this year. I took our experience into account, added a nice buffer into the timeline, and expected to sell out close to the delivery date.

This changed when we decided to improve the Lekker switch design and COVID-19 came along.

Now that we already sold out the Wooting two Lekker Edition, it also means nobody else can enter this ship anymore and we have to start rejecting new passengers.

Not a huge issue when you consider that we highly value the integrity of this project and what we promised to set out to do. But it’s not great when we start to look at the timeline of the intended follow-up.

I want to be completely transparent with you on our intentions and plan. I don’t want there to be any surprises. Your opinion/feedback weighs heavily on what we do next.

The first model after the Wooting two Lekker Edition (Wooting two LE) is a regular Wooting two with Hall effect switches (Wooting two HE). After this, we will open a new keyboard model with a different layout to deliver in the following year (2021). 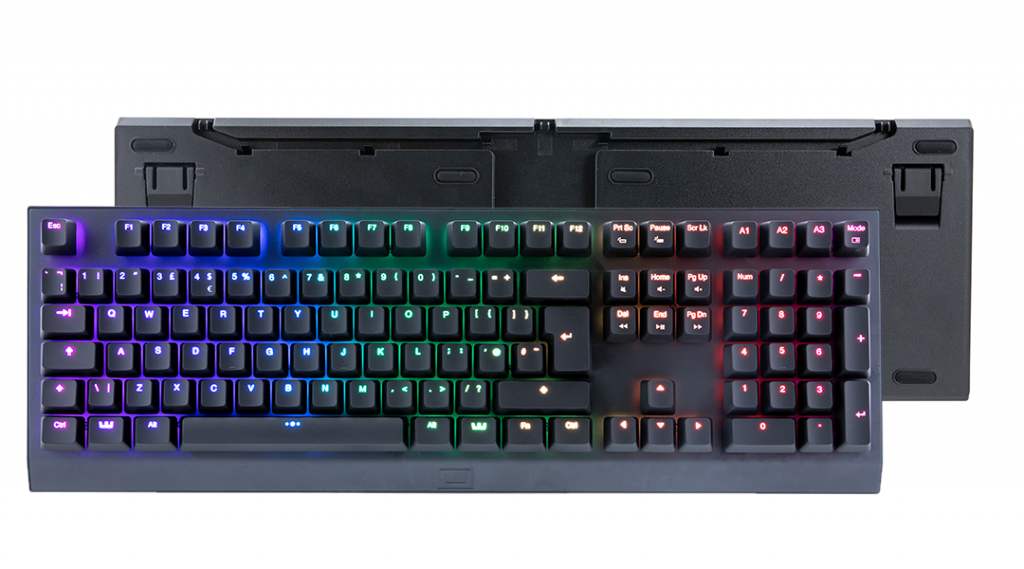 The regular Wooting two HE won’t produce, nor deliver until well after the Wooting two Lekker Edition. I expect there to be a 3-5 month gap. Even though the model is very similar, it takes time to open a new production of essentially a new model. Regardless of how we approach it.

There is a list of disadvantages when it comes to the regular Wooting two HE in comparison to the Lekker Edition.

Unlike perhaps other companies out there. We’re not asking a premium price for a limited edition, instead, we took the additional cost into account and sell it at a (profit) discount.

We choose this road because the goal of the product is to fund the project and what it stands for. As an early backer, you should reap the most benefits supporting Wooting. It’s the first time we tested this model, instead of a Kickstarter.

When we look at the regular Wooting two HE from a sales perspective, the sooner we open the doors, the better. This provides an option for new passengers to enter the next ship going out.

It’d also provide us with more cash early on to invest in more stock than the minimum order quantity (MOQ). The more stock we can produce beyond the MOQ, the more cash it frees up for us to invest in development in between productions.

The reality is that the MOQ for these keyboards is more than we can digest within a short timeframe and the cost per piece is high. This means every time we invest in these productions, it eats up a huge amount of our cash. When we can produce a bit more than the MOQ, it gives us a cash buffer over time, without needing to immediately commit to another production.

If you take a look at the graph I showed earlier of the Wooting two Lekker Edition sales per month and imagine that the MOQ is 1000 pieces. Then you can understand that the MOQ versus sales rate requires a lot of upfront cash.

Now, to the core point of this segment, when is it acceptable for us to open pre-orders for the regular Wooting two HE?

From my perspective. We must be close to producing the Wooting two Lekker Edition, before we start selling any followup. This means that we should at least have run a trial production (small pre-production).

The reason, it clearly shows that the Wooting two Lekker Edition can go into mass production, provides a clear expected delivery date, and guarantees the integrity of the project.

Regardless of when the trial production takes place, financially, we’re not in an urgent position to start sales. But obviously, going forward we are, in theory, losing customers and revenue. The longer this takes, the bigger the blow.

I hope this gives a bit insight into my conundrum and it’d be great to get your feedback with an eye on the integrity of the project.