You can code it! It’s September

My birthday, both my sisters’ birthdays, and now also my new-born daughter’s birthday is in September. Yep, I recently earned the Pappa badge in real life. Incredible happy, and surprisingly everything is going super smooth privately.

But let’s focus on the other baby in this blog, Wooting. There’s a couple things to go through including:

Know a lick of code? Got a Wooting keyboard? Then get your whooptie butt on the next click to the Code-it challenge.

A few months back we released the open-source Analog and RGB software developer kit (SDK), and we saw a couple of people already got started with it. But we wanted to see more and thought running a contest would be good fun!

That’s why Tino did a awesome job to setup the Code-it challenge with real cool prizes and it’s super simple to join. All you have to do is to create something that connects the Analog SDK or the RGB SDK with something else. The sky is the limit and we do not set any requirements. But here are a few ideas with what we mean:

Wait, did you see the Hoodie yet? 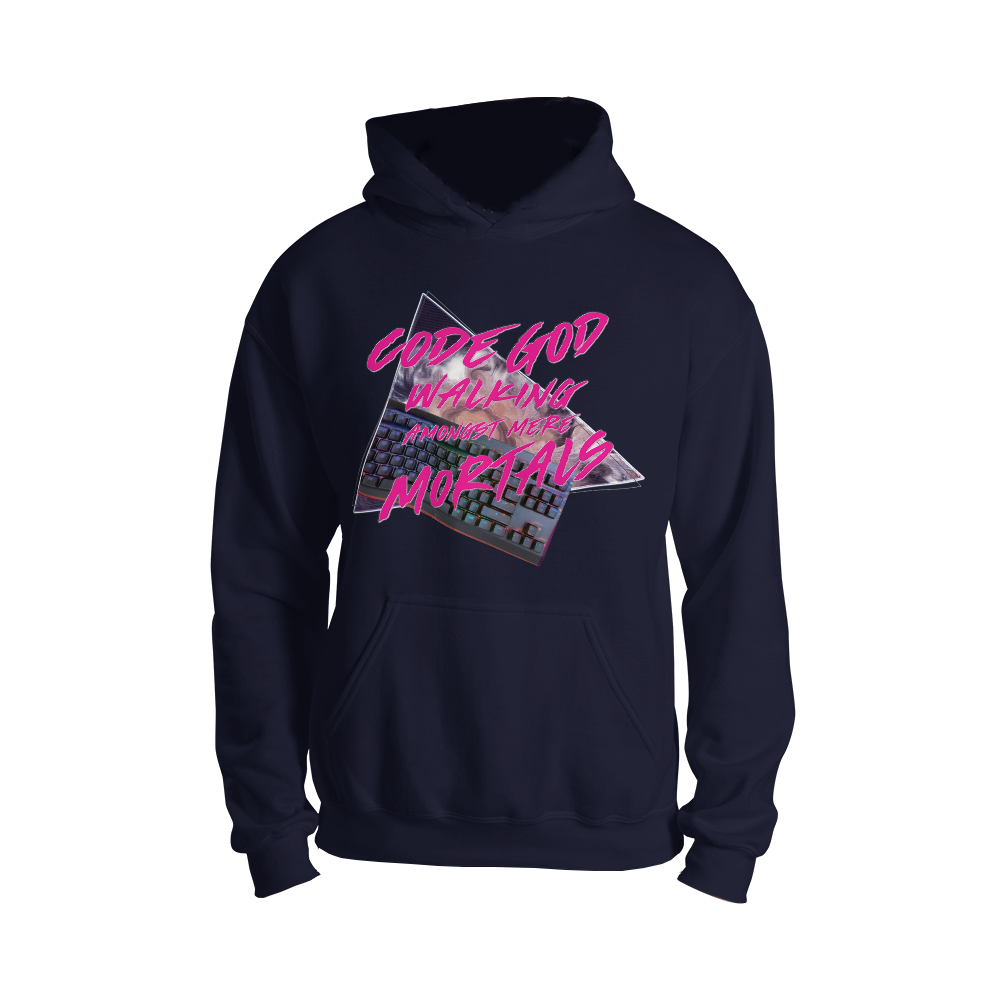 That’s one of the prizes you can win among a set of Double-shot PBT keycaps. Just hop on the Code-it page to learn more and get started.

The deadline is on 22 October, 2018 to submit your (semi)-finished project. And don’t be shy, even the simplest of things can be awesome and doesn’t need to work perfect straight away.

*Ps: If you’re interested in other Wooting merch, they’re available on the Wooting stores!*

Wooting one back in stock

You might have noticed that there’s been a serious lack of stock these last weeks. Particularly ISO layouts. The good news is that stock is incoming.

We’ve been awkwardly silent when it came to the Wooting two updates, because there wasn’t much to share yet. But that’s quickly changing. At the time of writing, Jeroen is in China for quality control and looking at Wooting two samples for testing.

The Wooting two is well underway and I expect delivery to happen in December. We’ve had a couple internal delays due to slow communication, misunderstandings, and long tooling process. But honestly nothing that had major impact, and these type of things aren’t out of the ordinary. I’m just always little anxious about the timeline.

We had received the first samples of the Wooting two plastic bottom case and found out that there’s some plastic shrinkage causing issues with the top-plate fit. There’s a small gap in between. 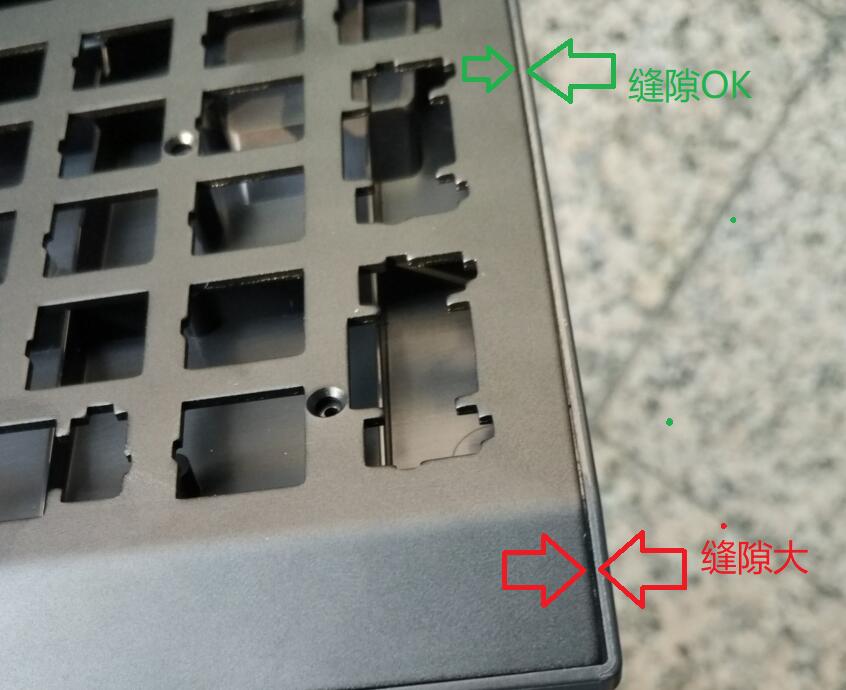 The technicalities of it all are beyond me, but our manufacturer had to change how the plastic flows in the tooling. A new sample should finish promptly… After the China Golden Week.

When we have the new sample, and it’s given our OK, we can start producing a 50 piece trial production. 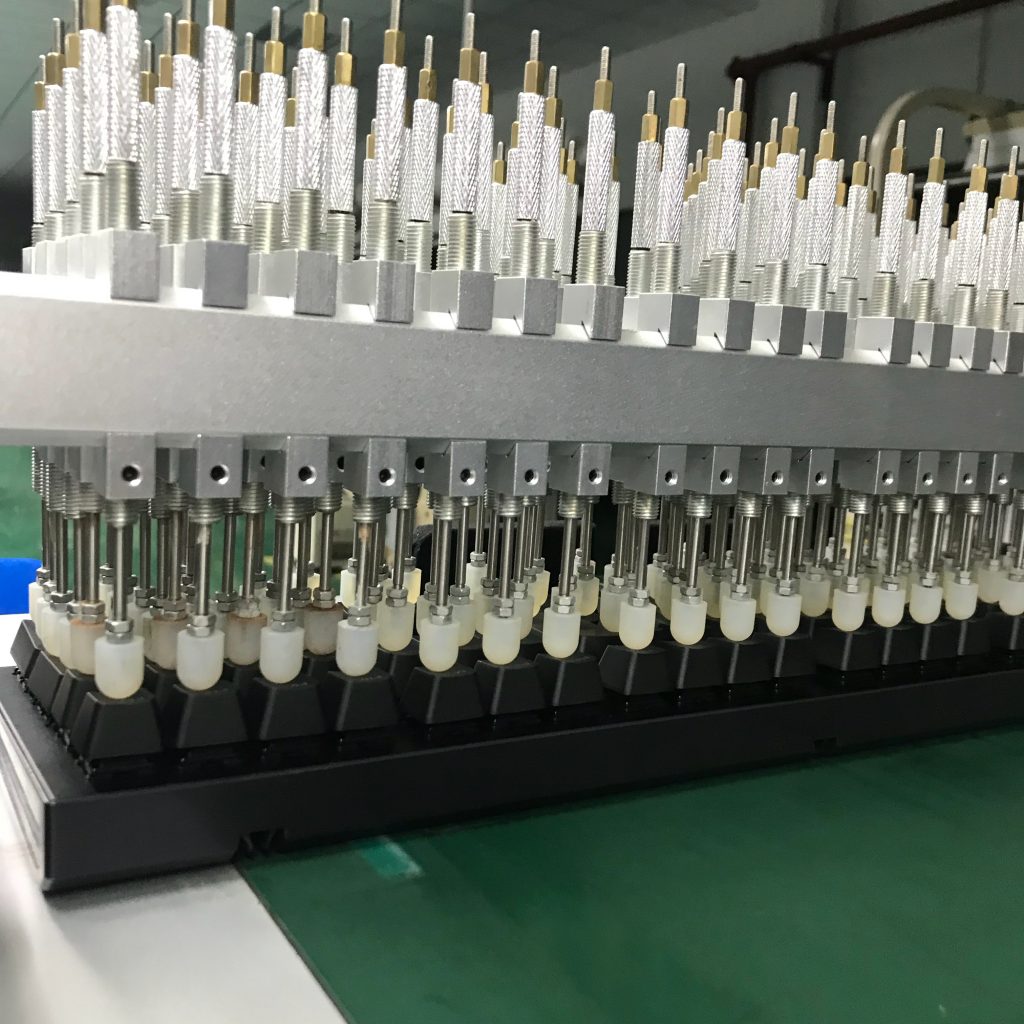 The most nerve-wrecking test during the trial production is the analog input test machine AKA the Coathanger v2. This is where facts talk and we can quickly check multiple Wooting two samples’ analog input.

If these 50 samples are within our specifications, we can immediately get started with purchasing the remaining components for mass production. If they are not, we’ll need another couple weeks of an adjustment period, but the chances of that happening is low.

Jeroen will have a more detailed vlog coming next week… so that’s something to look forward to.

In the last blog I mentioned we were internally talking about the new Wootility features and how we need to make a fresh start with some of the UI/UX. In the meanwhile, the team has heard multiple people asking about further updates, and I don’t want to keep you guys in the dark.

So, there was a cool livestream 2 week ago, where Jeroen and Erik asked what features you are looking forward to and what’s planned to add. Other than the roadmap, it gave a fresh source of input that we could consider for the upcoming update(s).

This is what came by during the stream, in short:

We had promised some major features before the Wooting two would hit the market. Due to some manufacturing related improvements, we had to change our original release schedule. So we’re still discussing timeline and priorities for the upcoming Wootility Q4 updates.

You can expect things in the line of:

You can expect a definitive schedule with features in the next blog update. We’re all really excited and looking forward to fully focus and work on the Wootility again. It’s always super exciting to start using new features and quality of life improvements.

That wraps up September. Bring on that feedback, and have anything to add to the Wootility discussion?

Oh! And we now have our Wooting merchandise on the store..